The Ten Best Routers for XBox Live and PSN

If you’ve even played console games online, you know how important it is to have the very best connection. Especially in multiplayer first person shooters or game that require you to cooperate with other players in intense situations, being kicked off suddenly can be a kiss of death for either the match you’re or for your party at that crucial moment. Using the wireless modem provided by your ISP is a risky proposition, though, as many cable and internet companies often use the cheapest technology that is susceptible to any number of glitches or loss of signal for even the most minor of reasons. Using your own router is often the best way to ensure the best gaming connection, but how do you choose? Which router has the best port forwarding, has fewer instances of lag, and is actually affordable overall? Most importantly, which routers are best optimized for online connections for console, rather than just PC, gaming?

WHAT TO LOOK FOR IN A CONSOLE ROUTER?

There are five basic features you need to research with each router you’re considering when deciding which on is the best. Feel like this is a lot to take in? No sweat, because we’ve done an extensive amount of research and come up with the ten best routers for Xbox Live and PlayStation Network.

Even though a router might be cheaper than others, that doesn’t mean it doesn’t have what counts. A prime example of this tenet is the D-Link Wireless AC Gaming router, which comes in under $100 (£85).

It comes with Stream Boost, which is a sophisticated traffic shaping engine that manages your internet connection to automatically improve QoS. Not only does this keep latency issues to a minimum, it also lowers any jitter levels which reduces the instances of lag.

It come with dual-band capability, uPnP and port forwarding and both a high Ghz Ethernet port and a lower Ghz ethernet port.

Slightly more expensive than the D-Link, the RT-N66U is from Asus – a brand renowned for high standards and innovative technology. The Rt-N66U is an older model, but it still comes with plenty of excellent performance and functionality. With dual-band connectivity, it also includes an AI radar system that can focus wireless signals in a particular direction to boost said signal for any device using it. You can manage its functions manually with an online web interface and adjust QoS, apply firmware updates ore substitutions and comes with ethernet ports. Just an all around flexible model with lots of feature, an easy set-up process and an excellent user interface – all at an affordable price point. Click here to read our Asus RT-N66U router review.

BEST FOR ANY BUDGET

Often considered the best all-round router for virtually any budget, the NetGear Nighthalk is often referred to with “Original” in front of its name for good reason. Coming with a 1 Ghz dual core processor, it certain has the processing power to keep up with the demands of console gamers, but that’s not all. Not only does it process all your data traffic without excessive buffering or interruptions, it also comes with dual-band capability, excellent QoS functionality, wireless coverage up to 300 feet, beamforming to signal strength via its three detachable antennas, multiple USB and Ethernet ports, Airtime Fariness to prevent lad and latency, and even comes with DDoS attack prevention to keep you from being hacked. Read our full review of the Netgear R7000 router.

TP-LINK’s TD-W8970 is an all-in-one router: it works as a modem, NAT router, a port switch and a wifi access point all at the same time. You would think that this overabundance of responsibilities would make it’s routing performance suffer as a result. Not the case here. Being a wireless N router means you can pay less while still getting excellent performance. It comes with Gigabit Ethernet ports, powerful manual QoS setting functionality,remote home access with IPSec VPN tunnels, IPv6 crossover preparedness, secure wireless and NAT and SPI Firewall with port forwarding and uPnP. Being able to adjust all these with an intuitive web interface not only makes this model extremely convenient, but powerfully flexible as well for the price.

Another entry on this list from Asus, the RT-AC87U is a Multiple User – MIMO router that can optimize multiple clients at a time. This means it’s made for excellent QoS for multiple users. By no means the most expensive entry on this list, it does boast a heftier price tag than most – but you will recognize where the extra money went when using this model. It comes with dual-band capability, two dual-core processors and broadcasts its wireless signal via four antennas. It has excellent coverage, AI radar beamforming, fan LAN Ethernet ports, and an adaptive QoS functionality meant to eliminate data bottlenecks and ease network congestion to reduce lag and latency issues. It can use up to 6 client networks, comes with AiProtection to detect malware and security scans, and has hardware NAT port forwarding and uPnP and a built-in AiCloud so you can sync, share and stream file anywhere.

Meant to directly compete with both 1900 Mbps routers like the Nighthawk AC1900 as well as the Asus AC1900, Linksys’s flagship router has virtually the same type of performance as those models – except it delivers this performance with four rather than three detachable antennas. This means you have even more signal directional flexibility and range and can beamform even more effectively than with those competitor models. Coming with a 1.2Ghgz processor, and DD-WRT Open Source firmware capabilities, this router isn’t limited to any proprietary firmware constraints like Netgear and Asus versions. This will come in handy when you want to customized your router to specific requirements such as more control over how your WiFi transmits, total customized QoS settings and the ability to use SNMP to monitor your network. Add to this the typical hallmarks of a great 1900 grade router – powerful high-speed signal, increased processing power, better beamforming, and dual-band capability, this is the router of choice for those who want more personalization and choice in how their router performs.

Finally, we come to the models geared towards those for whom price is no object. These tend to be tri-band, ultra high-speed (3,200 Mbps) routers will massive processing power.

RT-AC88U instantly takes your wireless network to the next level. The latest NitroQAM™ technology boosts the Wi-Fi speeds for everyone and everything on your busy network. With wide Wi-Fi coverage, lighting-fast USB and WAN/LAN speed plus AiProtection and 9 Gigabit LAN ports, the RT-AC88U is as well-rounded as it is top-of-the-line. Whether you’re gaming online in a heated competition or streaming a live event in 4K UHD, lag and buffering are simply not an option. NitroQAM™ (1024-QAM) technology on the RT-AC88U delivers a combined 3167 Mbps Wi-Fi speed, ensuring everyone on your network can enjoy smooth streaming and low-latency online gaming. Read our Asus RT-AC88U review to find out more about this fantastic PSN and Xbox Live router.

D-Links AC3200 is a fantastic top tier router. Surprisingly, it’s from the same manufacturer that was at the top of our list in terms of affordability. It’s then comforting to be able to come full circle and marvel at this high-speed mammoth of a router. With a specifically designed tri-band functionality – one band for web surfing and two high-speed bands for HD video streaming and gaming, this is probably the only router that enables you to be able to stream high-definition video, download files and play online games all at the same time with little detriment to performance in any of these tasks. It’s firmware customization, use of four antennas, QoS, lack of lag or latency, port forwarding and processing power are peerless, and all make this the router of choice for those who have no problem spending the extra cash needed for it. Read our in depth review of the D-LINK DIR-890 Wireless router here.
Facebook
Twitter
LinkedIn
Email
WhatsApp 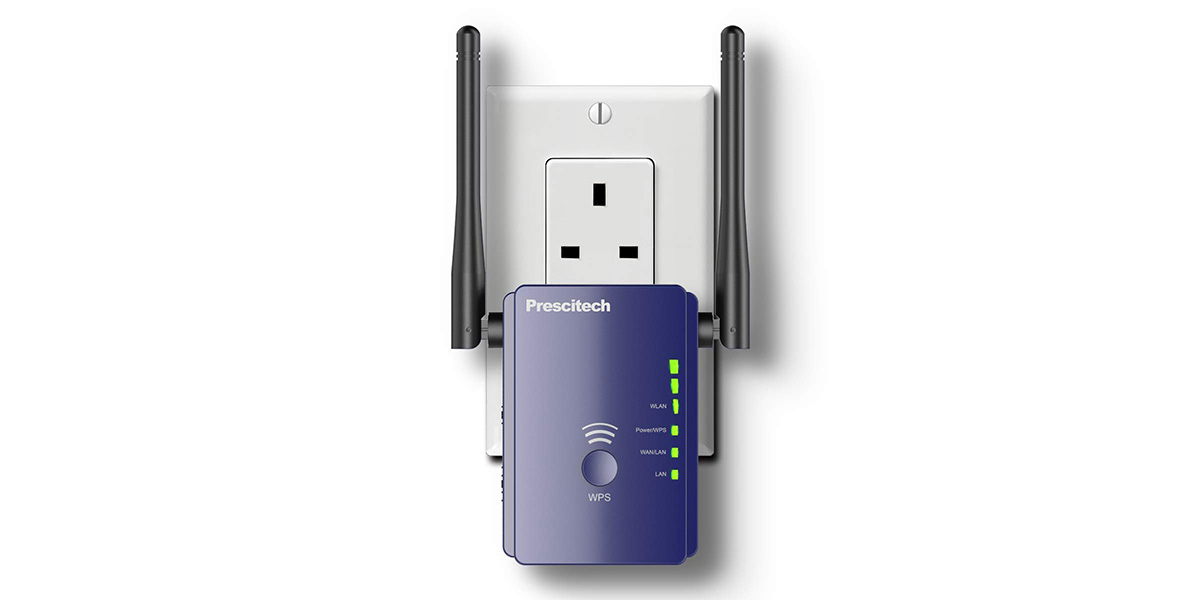 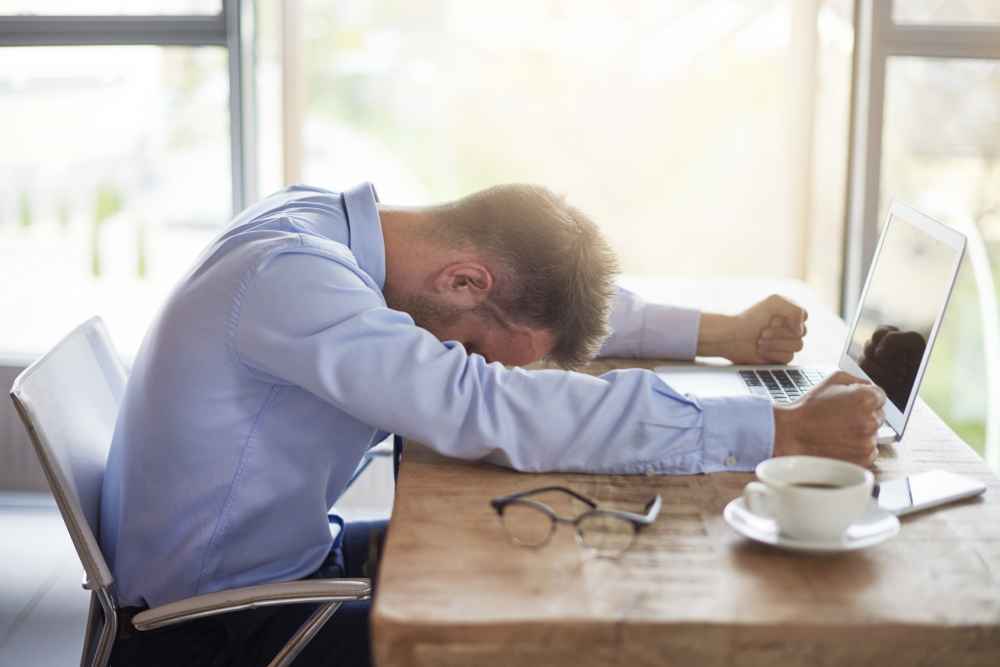 Common Router Problems and their Solutions